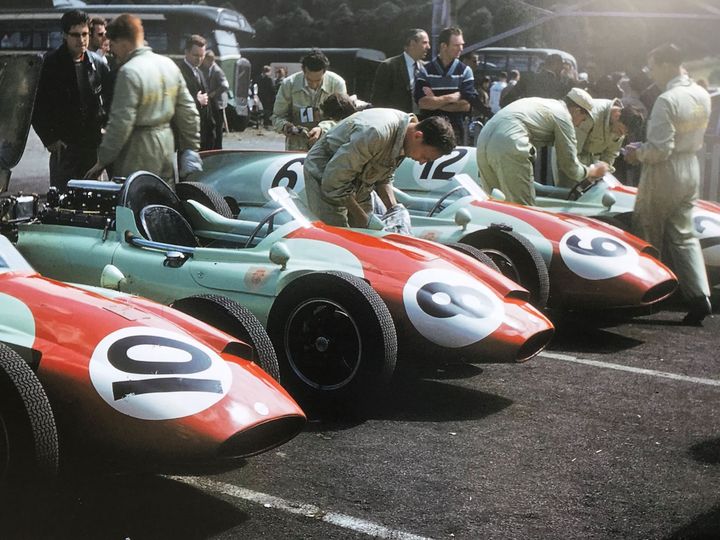 The pale green cars of the British Racing Partnership were a strong force in 1960s F1. Formed by Alfred Moss and Ken Gregory to contest the then-new 1.5 litre F1 they were the first team to bring non-trade sponsorship to F1. We review Ian Wagstaff’s new book about the team’s highs and lows and talk about the mark it left on motorsport. Nick Padmore talks about his busy Goodwood Members Meeting where he drove four cars, and gives us a sneak preview of his Monaco Historique drives. Peter Snowdon takes a look at the way the Monaco Grand Prix circuit has changed over the years and in Corridors of Power, Joe Bradley, Peter Snowdon and Paul Jurd discuss ‘Race series which should never have died out …. and we want to bring back’

Lynx D Types are famous the world over for their build quality. Paul Tarsey speak to John Mayston Taylor about the joys and the challenges of running the company. He shares his thoughts about Lynx D Types selling for the sort of prices which original Jaguar versions were selling for a few years ago. Nick Padmore, one of the world’s most successful drivers of historic cars, talks about that amazing 120 mph lap from a standing start in the Arrows A10 at Goodwood’s Speedweek and also tells us what it’s like to drive a Williams FW07 Formula One car round Spa.  And Joe Bradley was as shocked as everyone else when he attended a Daytona Media Conference to be told that IMSA had acquired Historic Sportscar Racing in the USA. Joe shares his thoughts about what this might mean for the historic and vintage race scene in the USA.